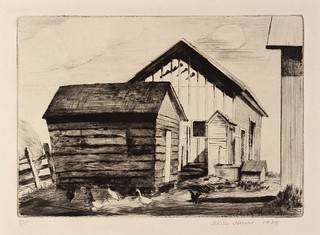 Hometown- The Cafe in Louisiana, Missouri 1934 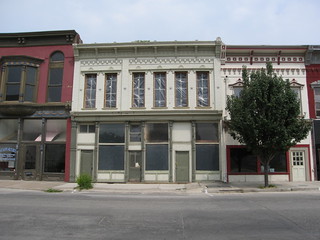 Owings Cafe, as it looked in 2007, Louisiana, Missouri

In today’s post, Ray Owings, age 91, recalls the early years of what some call the American Dream. Wikipedia defines the American Dream as “a national ethos of the United States, a set of ideals in which freedom includes the opportunity for prosperity and success, and an upward social mobility achieved through hard work.”

What took place over my lifetime is what some now call the American Dream. We hear it, but no one gets to the nitty gritty of how it was obtained.

I was born in Bates City, Missouri south of Oak Grove, in 1923, to parents who worked on a farm. My father had attended a one-room country school with eight grades and one teacher. He was an outstanding pool player as an adult. His hands and forearms were muscular, and I always thought this was a result of milking cows.

We moved to Oak Grove when I was five. My dad ran an elevator in town. One day, in the post office, my dad asked a man if I could start school early, at age five. I walked to school. My first teacher was Katy Gibson. She taught the first and second grades and knew the family. After that, we moved to Lebanon, Missouri, where my dad was a flour and feed salesman for the Kansas City Flour Mills (KCFM)- in 1928 to 1929. In 1929, the depression hit, KCFM folded up, and he lost his job.

He went to work for Standard Oil, running a bulk truck in Macon, Missouri. We lived in a house next to the jail and across from the courthouse in Macon, during prohibition. Every once in a while, the sheriff would run into the country and bring in a still, more to give the appearance of enforcement than anything. He’d place all of the accoutrements of the still on the sidewalk outside the jail. I liked that, because the dried fruit was always good. My dad knew the sheriff, and since my dad also sold kerosene and gasoline, he could pinpoint the stills by noting high kerosene sales, but he never told the sheriff, and the sheriff never asked.

I went to school in Macon up to the middle of the sixth grade, and in 1934, Dad quit Standard Oil and bought a small restaurant in Louisiana Missouri for six hundred dollars. In February 1934, we all piled into a chevy sedan for the move, and a young woman joined us. She was 13, and the people she lived with were hard on her and mean to her, so we took her in because she was so badly treated. All of us piled into that car, and moved.

Louisiana, Missouri was on the Mississippi River and it had some damn good businesses: a button factory that made buttons out of shells from the river; a tool factory; a glove factory; a basket factory. Pipeline workers moved into the town, which also featured Stark’s Nursery. The nursery provided good stock and it had orchards, during the height of the depression. Lloyd Stark became the governor of Missouri. If you really want to shake it down, there was money in bootleg whiskey, and during the Pendergast Machine years there was a monopoly on jobs and also there were certain stores where you had to trade. Anyway, Stark had a falling out with Kansas City Boss Tom Pendergast following the 1936 election, and turned against the Pendergast machine.

I worked in our restaurant, washing dishes, learning how to cook, and learning how to run the restaurant. I started school in the sixth grade, and there were two schools, one for the lower income element and another for the rest of them. The school was a two-story brick building with a tube-slide fire escape, and it was run by an old maid who was big and tough. The sixth grade teacher wore high neck dresses all the way to the floor.

Kids would come to school, 16 and 17-year-olds in the eighth grade. The PTA during the depression would take turns cooking meals, because many kids showed up at school to eat during the noon meal. Our restaurant would contribute- a big pot of chili (high-octane fuel) or macaroni and cheese. They’d get a little bottle of milk from the local dairy, and the local bakery would contribute bread and rolls.The older kids ran things and they sometimes ran the little kids home.

Our restaurant served hometown fare- meatloaf, ham, potatoes, vegetables in season- but people especially enjoyed my mother’s home-baked pies. My dad was on good terms with everybody, even the lowest of the low, and people knew this, so one day a wino came in, belly hanging out, and he siad, “Where’s Upton? I’m sick.” Upton was my dad, but he wasn’t around, so the man was left to the mercy of my mother, who threw him out. Harold, the man on the stool at the counter said, “Now Pearl, do you always treat people that way?” 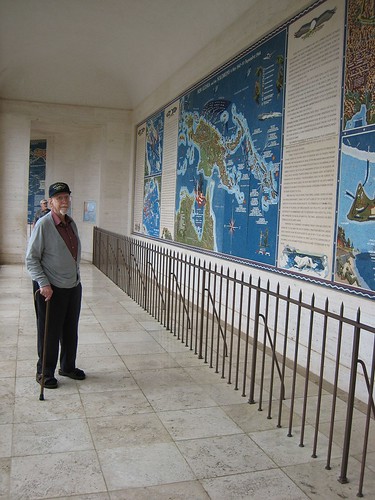