The significance of the recent scientific study published in Nature, which found that chimpanzees are natural-born killers, is that killing has a genetic basis. They did not learn that behavior from humans or choose to be that way. They are genetically predisposed to kill because, via natural selection, that predisposition has resulted in a competitive advantage for scarce resources and reproduction compared to chimpanzees that do not have that predisposition.

We need only look to our own culture and past to realize that we have the same genetic predisposition.

It can be tempting to take a dark view of the violent behavior of chimpanzees, but Joan Silk, a professor in the School of Human Evolution and Social Change at Arizona State University, said discovering the origins of human behaviors in other animals is not the same as learning our destiny.

“How do animals resolve conflict is interesting,” Silk said. “How do animals find out ways to cooperate? Those are general principles from which we can learn a lot, but it doesn’t mean we’re expecting them to be the same across species. I study baboons, and I love them dearly, but they do all kinds of things I think are sort of uncivilized. If they were my kids, I’d be very distressed.”

We are finally beginning to understand that human behavior has a genetic basis. That is, we are predisposed to act in certain ways, despite our race, ethnicity, language and culture.

Empathy is a competitive advantage during times of scarcity because survival is enhanced by living in a peer-to-peer cooperative relationship with others.

Individuals cannot long survive unless they belong to a group and groups cannot survive without the informed consent and cooperation of their individual members.

Mutual respect and dignity promote harmony and cooperation in times of scarcity and plenty.

Greed and exploitation of others never do. They promote discord and ultimately cause chaos.

This is why living the Golden Rule and democracy are a better model for living than a corporation that exploits other people and the environment for profit and has no accountability for the harm it causes.

Survival of the fittest is not a law. It’s only a prediction of the outcome of a fight.

Antoinette Tuff, Social Darwinism and Survival of the Fittest

Antoinette Tuff got me to thinking about social darwinism and white supremacy.

The Toba eruption was the largest volcanic eruption in the past 200,000 years.

This eruption was the last of the three major eruptions of Toba in the last 1 million years. It had an estimated Volcanic Explosivity Index of 8 (described as “mega-colossal”), or magnitude ≥ M8; it made a sizable contribution to the 100X30 km caldera complex. Dense-rock equivalent (DRE) estimates of eruptive volume for the eruption vary between 2,000 km3 and 3,000 km3—the most common DRE estimate is 2,800 km3 (about 7×1015 kg) of erupted magma, of which 800 km3 was deposited as ash fall. Its erupted mass was 100 times greater than that of the largest volcanic eruption in recent history, the 1815 eruption of Mount Tambora in Indonesia, which caused the 1816 “Year Without a Summer” in the northern hemisphere.

The Toba eruption took place in Indonesia and deposited an ash layer approximately 15 centimetres thick over the entirety of South Asia. A blanket of volcanic ash was also deposited over the Indian Ocean, and the Arabian and South China Sea. Deep-sea cores retrieved from the South China Sea have extended the known reach of the eruption, suggesting that the 2,800 km3 calculation of the erupted mass is a minimum value or an underestimate.

The vast amount of ash in the atmosphere blocked sunlight for many years resulting in a much colder and drier climate in the area of Africa inhabited by modern humans. In order to survive, they had to cooperate. Those who did not cooperate perished.

Modern humans spread throughout the world by land and sea relatively quickly as a lengthy period of global cooling commenced a new ice age. Modern humans survived that ice age. Neanderthals and Denisovans did not.

Darwin’s Theory of Evolution teaches us that genetic mutations occur at predictable rates. Some mutations cause changes that reduce an individual’s ability to survive and reproduce, eventually leading to the extinction of the line of individuals who inherit that mutation or trait. Other mutations cause changes that improve an individual’s ability to survive and reproduce. Some changes are neutral and do not affect survival and reproduction unless the environment changes in a manner that favors or disfavors the mutation.

Most right wing fanatics, including the Nazis and other white supremacists, believe in survival of the fittest, an intellectually impoverished and narcissistic doctrine called social darwinism that is based on Darwin’s Theory of Evolution. Social darwinism was developed during the late 1800s to provide supposedly scientific support for a belief in the existence of a master race.

The intellectual flaw in social darwinism is that survival of the fittest is a prediction of the outcome of a fight to the death between two individuals. It is not an accurate description of genetic change over time in changing environments, which Darwin accurately described as the engine that runs evolution.

Modern humans adapted to and survived catastrophic climate change by cooperation and reliance on each other. They sympathized, empathized and sacrificed for each other. Sometimes they even gave up their lives so that others might live. These are the characteristics that define us as human beings and we would not be alive today, if our ancestors throughout the many thousands of years before we were born had not exhibited those characteristics.

Antoinette Tuff exhibited those characteristics as did the teachers who sacrificed their lives at Sandy Hook.

They did not have to do what they did and that is the quintessential characteristic that defines who and what we are. 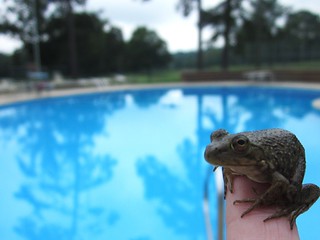