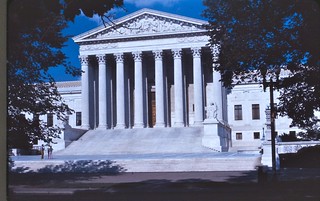 These cases come to us from the States of Kansas, South Carolina, Virginia, and Delaware. They are premised on different facts and different local conditions, but a common legal question justifies their consideration together in this consolidated opinion

In each of the cases, minors of the Negro race, through their legal representatives, seek the aid of the courts in obtaining admission to the public schools of their community on a nonsegregated basis. In each instance, they had been denied admission to schools attended by white children under laws requiring or permitting segregation according to race. This segregation was alleged to deprive the plaintiffs of the equal protection of the laws under the Fourteenth Amendment. In each of the cases other than the Delaware case, a three-judge federal district court denied relief to the plaintiffs on the so-called “separate but equal” doctrine announced by this Court in Plessy v. Ferguson, 163 U. S. 537. Under that doctrine, equality of treatment is accorded when the races are provided substantially equal facilities, even though these facilities be separate. In the Delaware case, the Supreme Court of Delaware adhered to that doctrine, but ordered that the plaintiffs be admitted to the white schools because of their superiority to the Negro schools.

Today, education is perhaps the most important function of state and local governments. Compulsory school attendance laws and the great expenditures for education both demonstrate our recognition of the importance of education to our democratic society. It is required in the performance of our most basic public responsibilities, even service in the armed forces. It is the very foundation of good citizenship. Today it is a principal instrument in awakening the child to cultural values, in preparing him for later professional training, and in helping him to adjust normally to his environment. In these days, it is doubtful that any child may reasonably be expected to succeed in life if he is denied the opportunity of an education. Such an opportunity, where the state has undertaken to provide it, is a right which must be made available to all on equal terms.

We conclude that in the field of public education the doctrine of “separate but equal” has no place. Separate educational facilities are inherently unequal. Therefore, we hold that the plaintiffs and others similarly situated for whom the actions have been brought are, by reason of the segregation complained of, deprived of the equal protection of the laws guaranteed by the Fourteenth Amendment. This disposition makes unnecessary any discussion whether such segregation also violates the Due Process Clause of the Fourteenth Amendment

We have the following comment to consider, in response to this PBS News Hour article, Have we abandoned the goals of Brown v. Board of Education?

What we are seeing today should be more aptly termed separation, not segregation. of course those of us who actually lived through segregation, Selma, and MLK being assassinated, who remember seeing these atrocities on the nightly news; we are glad for the progress that has been made. it is important to describe what is going on today accurately, and it is not segregation by law, it may be de-facto segregation, but let’s call it what it is.

What do you think?

If you appreciate what we do, please make a donation today.