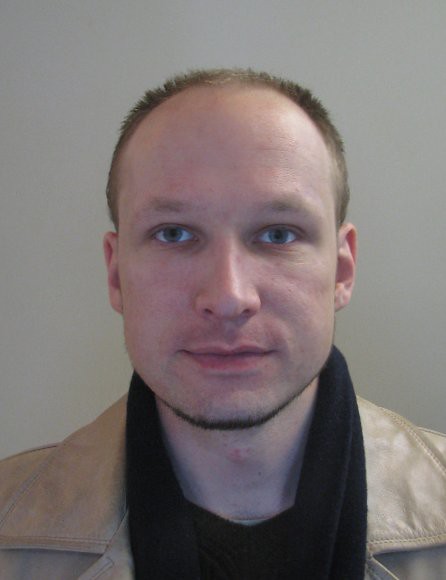 Anders Behring Breivik has admitted to killing 77 people in Norway on July 22, 2011. He detonated a home-made fertilizer bomb that he placed in a parked vehicle next to several government buildings in downtown Oslo killing 8 people. Then he took a ferry to an island where he shot and killed 69 people, mostly teenagers, at a camp operated by the Worker’s Youth League of Norway’s Labour Party. He said he deliberately killed all of these people to protect the white race from multicultural infection by immigrants, principally Muslims.

He is on trial and the legal issue the court must decide is whether he was insane at the time of the offense.

If the court determines that he was insane, he will be placed in a secure mental health facility for an indeterminate period of time, subject to periodic reviews of his mental health to determine if he is safe to be released.

If the court determines that he is not insane, he will be sentenced to prison for a period of not more than 21 years. However, that sentence may be extended in 5 year increments, until such time as he is deemed safe to be released.

In neither case will he likely be released.

Norway does not have a death penalty.

Breivik was diagnosed with paranoid schizophrenia by the court-appointed psychiatrists. According to their report, Breivik acted compulsively based on a delusional thought universe. Among other things, he alluded to himself as a future regent of Norway pending a takeover by a Templar-like organization. Imagining himself as regent, his ideas included organizing Norwegians in reservations and using them in breeding projects. Other psychiatrists disagree that he is psychotic or schizophrenic, and on 13 January 2012, after much public pressure, the Oslo district court ordered a second expert panel to evaluate Breivik’s mental state. On 10 April 2012 the second psychiatric evaluation was published with the conclusion that Breivik was not psychotic during the attacks and he was not psychotic during their evaluation; rather he is an extreme narcissist.

Breivik claims he is not insane. He insists that he should be acquitted and released or convicted and sentenced to death.

To get a sense of his mental state, what he was thinking, and why he did what he did, please read the Wikipedia day-by-day trial summary of his five day testimony and the day-by-day trial coverage by the BBC.

(Caution: His testimony is graphic, chilling, and possibly disorienting)

Insanity is a legal definition and, therefore, a creature of legislative invention. It is not a recognized mental illness. Whether a person is insane when they commit a crime, depends on the statutory definition in effect in the jurisdiction where the crime was committed.

Several rules have been applied in the United States, although today, the M’Naughten test prevails in most jurisdictions.

A majority of the states in the United States follow the M’Naughten Rule, which is based on a common law English case and requires proof of two elements, a cognitive and a volitional element:

Whether at the time that he committed the offense, the defendant

1. Was suffering from a mental disease or defect, such that he could not distinguish between right and wrong, (the cognitive element) and

2.. Conform his conduct to the requirements of law (the volitional element).

I do not believe there is any question that Breivik would be found sane in a jurisdiction applying the M’Naughten Rule because, regardless whether he was suffering from a mental disease or defect, he has admitted that he knew killing was wrong.

The irresistible-impulse test is a modification of the M’Naughten Test that retains the first prong (i.e., suffering from a mental disease or defect) but no longer requires that the defendant be unable to tell right from wrong, if, due to an irresistible impulse, he is unable to conform his conduct to the requirements of law. In other words, although he can distinguish between right and wrong, his mental illness eliminates his ability to choose how to act and his crime is the sole product of his mental illness. Alabama was the first state to adopt it in 1887.

The Durham test, which was developed in the 1950s, is similar to the irresistible impulse test. Under this test, a defendant is insane, if his crime was the product of his mental illness. That is, but for his mental illness, he would not have committed the crime.

The first team of mental health experts diagnosed Breivik as a paranoid schizophrenic acting “compulsively based on a delusional thought universe.” This diagnosis appears to satisfy both the irresistible-impulse and Durham tests.

In 1962 a committee of judges, lawyers and professors selected by the American Law Institute developed the Model Penal Code (MPC) in an effort to rewrite and standardize the criminal laws in the United States. Since then, most states have adopted most, if not all of its provisions. Regarding the insanity defense, the Committee invented a new rule called the substantial-capacity test. According to Wikipedia,

Under the MPC standard, which represents the modern trend, a defendant is not responsible for criminal conduct “if at the time of such conduct as a result of mental disease or defect he lacks substantial capacity either to appreciate the criminality of his conduct or to conform his conduct to the requirements of the law.” The test thus takes into account both the cognitive and volitional capacity of insanity.

Since the public outrage that followed John Hinckley’s insanity acquittal for his attempted assassination of President Ronald Reagan, most jurisdictions in the United States now follow the M’Naughten test and place the burden of proving insanity on the defendant

I think Breivik would be found insane under the MPC substantial-capacity test, although there is certainly a legitimate argument that, despite his mental illness, he retained both the capacity to know that what he was doing was unlawful (the cognitive element) and the capacity or ability to decide not to do it (the volitional element). The outcome under this test ultimately depends on what constitutes “substantial” capacity.

Whether a defendant is insane under Norwegian law depends on whether he was psychotic while committing the crime. That means the defendant has lost contact with reality to the point that he no longer was in control of his own actions. This test eliminates the volitional element of insanity and focuses entirely on the cognitive element.

Many people have disagreed with the first psychiatric report in the Breivik case (diagnosis of paranoid schizophrenia) because his conduct demonstrated a considerable capacity and ability to premeditate over a lengthy period of time and carry-out a complicated scheme to commit mass murder. They ask whether a person who suffers from paranoid schizophrenia could do what he has admitted and boasted of doing.

Due to this concern, the court appointed a second panel to evaluate Breivik and it concluded that he was not insane. Rather than a paranoid schizophrenic, this panel concluded that he suffers from a narcissistic personality disorder, which is not a mental illness.

V. Does Breivik Suffer From Paranoid Schizophrenia With Double Bookkeeping?

While it is generally true that a person who suffers from paranoid schizophrenia would not be capable of the premeditation and planning exhibited by Breivik, there is a condition called “double bookkeeping” in which the patient lives in two worlds at the same time, the delusional world and the real world. Both worlds seem equally real to the patient who has no difficulty believing that other people do not see all that he sees or hear all that he hears. This condition was first identified by Bleuler.

If I were a judge in the Breivik case, I would be inclined to conclude that he is delusional and psychotic, particularly because he is so insistent that he is sane, as opposed to claiming insanity and attempting to act crazy to support his claim. At the same time, the vast majority of paranoid schizophrenics are incapable of his planning and actions. His ordinary or sane thinking seems narcissistic, so I am inclined to think he suffers from the relatively rare form of paranoid schizophrenia called double bookkeeping in which he suffers from both paranoid delusional thinking and a narcissistic personality disorder.

I would ask both teams of psychiatrists to comment on the possibility that I raise before making a decision, although I would be leaning toward a finding of insanity.

No matter the outcome of the debate, I doubt Breivik will ever be deemed safe to be released. However, the development of insanity law will likely be affected.

Finally, the quiet elegant dignity of the Norwegian people while according Mr. Breivik his right to due process of law is one of the most amazing and inspirational events I have ever witnessed.