by Crane-Station, with note- I am trying to gather these history posts all in one place here, so forgive me if you have seen them.

This is a story from the Great Depression, as told by Letty Owings, age 89. It is a true account of country school and community.

In rural Missouri during the Great Depression of the 1930s, each elementary school was different. Rather than fit into any pattern, the one-house schools were community governed, and each community had a social stratification. Mine was a mining-farming community, and the farmers lorded it over the miners, even though, in some cases, the miners made more money.

There was supposed to be a county school superintendent, but there was never any factual supervision because the superintendent only visited maybe once a year. Each community had its own clerk, and the school board, which consisted of a half a dozen farmers, decided who was hired in the schools.

The school was supposed to be in session for eight months, but this never happened, because the kids were needed on the farm to work. Usually the school session ended in April, and kids would begin farm work at sunrise.

The school had no electricity, plumbing, or central heat. There was a coal stove in the floor, and if you got too close to it, you roasted. If you got too far, you froze. There were 42-46 kids in the class at any given time, often sharing seats. The room smelled. Impetigo and bronchitis were common and chronic. Kids had sores and coughed all the time. We all shared one dipper, in a cistern. The toilet was an outhouse that was built when the school was built. We sometimes had a Sears Catalog to use in the toilet, but often not. The toilet was never cleaned, because there was no real way to get water to it.

We were not grossly unhappy as school kids. We didn’t know anything else. We did not see ourselves as different compared to others. There was nothing to compare to. There was no radio, TV or newspaper. Nobody ever thought about poverty. It may seem unbelievable to us today, but back then, we never saw anything else. We were six miles from the closest paved road.

It was a stratified society with the miners at the bottom. The miners were often known to drink and beat their wives, but they went to work in what were nothing more than tunnels in the ground. There were no safety regulations, just tunnels. Kids were sent in, and injuries were common.

I rode with my dad, who was a farmer, on a horse, through the community, to record the names of kids who were supposed to be in school. Often, the miners took to the woods when we showed up, or claimed they did not have any children. We knew they did. Many of the homes had no flooring, and one family had buried their dead twins in the floor of the house. The level of humanity was beyond what we can imagine today. We did not think anything about it. Life and death was just all a part of life.

There was no playground at the school, but sometimes the kids had a rope to play with, or, if a kid got a set of jacks for Christmas, we shared those. Tablets cost a nickel and pencils were scarce, so most kids went without. When a pencil got down to the nub, we attached a stick to it. Lunch might be a syrup bucket or an occasional boiled egg and home made bread, but certainly no butter. Kids were often hungry.

The library was an old bookcase in the back, with mainly old agriculture books; the school board decided to have them instead of encyclopedias. Teachers were only required to have some kind of schooling for one year, it didn’t matter what kind of schooling, and there was no certification for teachers. When I was five, I started school, but, the teacher was mean, so I left school and returned in the second grade, which was okay because I could already read.

There were four of us in school who stayed together: Norman, Betty, Pete and I. School kids were constantly in and out of school, with the miners sort of in the shadows, but the four of us stuck together. Norman and I were related. We met when we were both five; his father had gone blind. Betty’s father was a mine superintendent and an alcoholic, and Pete’s mom and dad ran a store in a clapboard shack that they lived in back of. The four of us were inseparable.

The men in the community often went to the pasture to play baseball on Sundays during the Depression, and the kids would go to watch. One Sunday, one of the men hit a ball and then he threw the bat. The bat hit Pete. Pete developed meningitis, and we were never allowed to see him when he got sick. The men would ride on horses around the community to report on Pete’s condition, and we heard of the seizures that would twist his spine. Back then we called them “fits.” There was no medication.

Pete died in August. He was eight years old, and his death affected the whole community. It affected me because we had played together.We had lost somebody, and it was traumatic when there were so few people that we were close to.

I wanted so much to give a gift to Pete.

My mother gave me a nickel to buy a gift. I went to Hicks Store and bought a lavender ribbon. My sister and I picked some day lillies, and we tied the ribbon around them, real pretty.

There was no funeral and the kids were not allowed near the grave. We gave the lillies with the lavender ribbon to somebody to put on the grave, and we stood on the hillside to watch. They were the only flowers Pete had.

Now there were three of us. 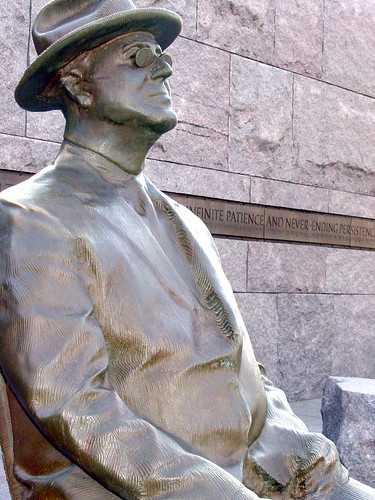