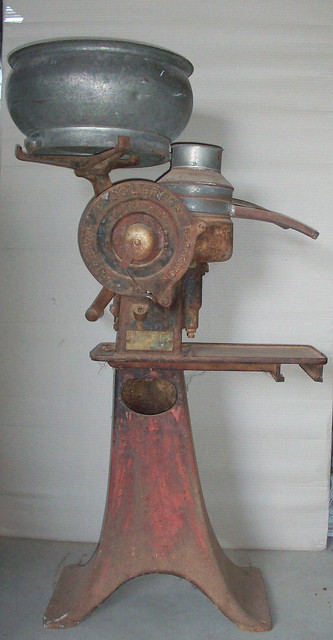 This essay is a true story about medicine, childbirth and injuries in a rural farming community in Missouri in the 1920s as told by Letty Owings, age 89. I must note up front some information on how we compose these essays. Letty’s general health is in decline such that she can no longer write much, although she is a retired English teacher and one of the better writers I have ever known. She tells me her stories on the phone and I actually fact check with additional research to add context and history of events like the flu pandemic of 1918 that killed 25 million people in the first 25 weeks. She remembers much talk of this flu from her early childhood. To my amazement, her recall is not only 100 percent accurate, but it is also substantial in terms of piecing together the history. For example, she recalls cases of encephalitis. As recently as 2007, the flu pandemic was implicated in the outbreak of encephalitis lethargica in the 1920s, which makes her recall all the more interesting.

Her story coincides closely with the beginning of the keeping of vital statistics in Missouri. Record keeping began in 1911 and she was born in 1924 in what she describes over and over as an extremely rural area where there were no records kept. There was no geriatric specialty at that time, because there were no old people: life expectancy in 1911 at the beginning of record keeping was just 54 years of age. I will explain more in the essay, but before I do so I will express an opinion: there are excellent reasons for Federal agencies that keep vital statistics and epidemiological data, and efforts to do away with various Federal regulatory agencies is reckless on a good day. I strongly disagree with any political efforts to do away with health-related regulation.

Our farm house had been a log cabin and the plastered and crooked wooden walls made my perfectionist mother nuts. An artist at heart, my mother was papering these walls. She saved money for the paper and cooked her own glue. She had laid boards onto the base of the cream separator for a make-shift step ladder. The boards slipped and my mother fell onto the metal prong on the base of the cream separator, and the prong tore deeply into the flesh of her hip. My father found her.

Medicine in the 1920s was extremely crude, and death was always so close. In our fatalistic view, life and death were a lot closer than they are now. Infection from an injury like the one my mother suffered could kill as easily as not. The cure for everything at the time was gasoline. On the heels of war and a pandemic flu so severe that we still study it today, we were in a position at that time of being extremely poor combined with a lack of medicine. People never thought of death as a strangeness and the vital statistics from that time, even without figuring in the skew from lack of record keeping in rural areas, are truly shocking:

We called old Doc Martin to come out and treat my mother. By this time, the doctor had switched from horse and buggy to car. When we didn’t have Doc Martin, the patent man occasionally came around, and sometimes my dad seemed to know the right kinds of weeds to cook for homemade remedies. We used Bag Balm, a horse salve (pink salve) product that is still available today, and we used Blackberry Balsam for diarrhea. Doc Martin sewed my mother’s wound and left with his chicken that we gave him for payment. Predictably, my mother developed a fever and became dangerously sick. She was in agony and she cried and it was upsetting for me as a small child to see my mother this way. She stayed in bed, as was the custom at the time, and there was great concern for her from the community. She survived her injury, but this was not always the case with accidents.

Much of what doctoring was like in the 1920s was simply hoping for the best but expecting death at any time, and this is difficult for us to understand today, where we take much for granted. Almost every family we knew had had some experience with the previous flu pandemic, for example, but we also had experiences with things like malaria, empyema, pneumonia, and a host of other deadly infectious illnesses. Early hospitals did not produce curative results because of nosocomial infections: “In the United States, the Centers for Disease Control and Prevention estimated roughly 1.7 million hospital-associated infections, from all types of microorganisms, including bacteria, combined, cause or contribute to 99,000 deaths each year.[2]”

Babies were born at home until the close of WWII in our area. There was no pregnancy test, no prenatal care, and although baby bottles were first patented in 1845 and are today regulated by the FDA (for the materials in both the teat and the bottle), in those days we did not have baby bottles available to supplement feeding. So, if a baby needed milk, one had to find someone who was nursing. The infant mortality rate was extremely high and this did not change until after the war. Both economic improvement and prenatal care including early recognition and treatment of complications contributed to the dramatic improvement in these mortality rates.