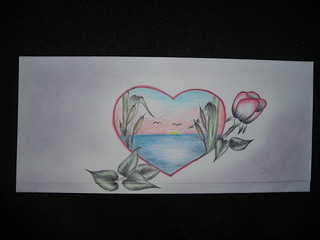 Author’s note: Frog Gravy is a nonfiction incarceration account in Kentucky jails and in prison in 2008 and 2009.

The name Ricky is real. Others have been changed.

Tonight I dress strategically for my job in the kitchen. I have arthritis. This privately owned jail charges one dollar per tablet for canteen Advil. So I put on a sports bra. A sports bra will accommodate packets of sweetener that I plan to smuggle from the kitchen. This will right a tiny wrong, at least in my mind.

So, I have the right clothes on.

Penny, Jesse, Linda and I head to the kitchen for work. We are the jail’s designated prep crew, evening shift. We cut vegetables, fill butter and jelly cups and make KoolAid.

We get to the kitchen and I check out two knives, both pieces of shit but, between the two I usually get the job done. I grab a cutting board and say to the others, “I use two knives. You guys need to check out your own knives.”

Two more knives are checked out. (Not enough for my vegetable-cutting World Cup, I might add.)

Linda peels off from the pack to make fifty gallons of KoolAid.

Penny with the first shot across the bow: “I’m going to have you rinse all the cucumbers, and I’ll get started cutting.” Like she runs the place.

She wants a head start.

But that does nothing to my work product, so then she predictably wants one of my knives. I have prepared for this. I give up my piece of crap yellow-handle filet knife, and keep the Farberware semi-serated, plastic handle, butcher-knife sized, made-in-China yard sale knife. Penny wants this also, but I refuse to give it up.

Then Jesse wants my knife, to cut butter, of all things, a job I could have completed from start to finish with time to spare, in less than ten minutes. I refuse. She wants my cutting board. I give it to her. Penny gives Jesse the knife that I just gave Penny, the filet knife with the yellow handle. Penny gives me a piece of crap slab of wood cutting board that inmates have used for so long that there is a trench the middle, so the board looks like a boat.

I turn the board over.

My productivity is yet unhindered even though my handicap includes an instrument that somehow passes for a knife, although I doubt it would kill anyone (I’ve pondered it); to cut butter you have to run the knife under hot water first.

Penny goes nuts. She says, “You can’t use the back of the board!”

There is no mold on this board. I say, “Where?”

“Right there!” She points to wood.

I don’t know if you’ve noticed, but Penny by now, without knife and board, is not cutting. Actually she is eating. And annoying me.

I turn the board back over.

Penny is a nut farmer, of course, but I say nothing because it’s not worth it. This is not, as they say, the mountain I want to die on. Besides, my productivity remains unhindered.

After cutting something like a billion cucumbers and a whole bunch of okra, I have a good case of arthritis in my shoulder and wrist. My hand will be swollen.

The guard comes in and takes her share of vegetables for home and remarks that she should bring her entire garden in for us (me) to process. The guard is sincere, and this is meant to be a compliment, and that is how I take it.

We are supposed to make sixty-three cents a day for labor, full time (about twenty dollars per month). I have worked like an animal since May, and saw my precious twenty dollar check for the first time, in August.

I return to the cell, to the hate. I make a note to get new earplugs because the old ones have worn out.

There is much excitement in one corner of the cell, screams, yelps. A mob of inmates have found a spider and they are torturing it. Tearing off its legs, spraying it with bleach, beating it. There was a time in my life when I questioned the presence or absence of evil, but I no longer do.

I say a prayer for the spider.

Author’s end note: I saw a lot of these sorts of incidents. They broke my heart.

This entry was posted on Friday, December 13th, 2013 at 1:37 pm and is filed under Uncategorized. You can follow any responses to this entry through the RSS 2.0 feed. You can leave a response, or trackback from your own site.