The mother, her baby and the man 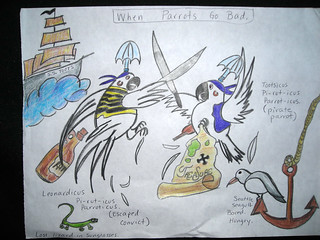 Frog Gravy is a nonfiction account of incarceration in Kentucky, in jails and in prison, during 2008 and 2009, and is reconstructed from my notes.

Inmate names are changed, except for nick names that do not reveal identity.

The mother, her baby and the man

Before my trial, my husband, a retired criminal defense attorney with thirty years of experience, actually tried to help my court-appointed local attorney, who was about as useless as a cat with side pockets.

My husband advised the following:

1. Never ask a question that you do not know the answer to. Each and every question has a reference-at-the-ready in the transcript, wherein the deputy previously testified under oath. He did not quite go so far as to suggest my attorney to say something like, “So. Were you lying then? Or are you lying now?” But it was pretty close.

2. Never allow the witness any wiggle room. Only ask questions that can be answered “yes” or “no.”

Had my lawyer been even marginally competent, and had he any integrity whatsoever, I may not have been given the opportunity to sit in this cell and write this. My husband describes Chris McNeill’s performance as “abysmal.” I believe this is too kind. I believe the man was actually working with and for the prosecution, and at least one Frankfort attorney that I know of does not deny this possibility.

For some reason, I now wear a towel on my head at all times. I have spent hours planning my hat for the Kentucky Derby, still months away, but I will wear jail-issue underpants on my head for the event. Wrapped just right, they look like a white do-rag, and they go quite nicely with the cornrows I am also planning.

I also have a solid plan to obtain an extra pair of socks, and I tell Christie, “Check this out. My sock has a big hole in it, right? So, I ask the guard for new socks, but I wrap the ones with holes into the rest of my laundry. She brings me new socks. I take the elastic threads from the old pair and make them into hair ties. Come to Mama!”

“What do you mean it won’t work? This is the rock-solidest plan I’ve ever had. I got this.”

“Who the hell does that shit?”

Sure enough, this is exactly what the guard does. She brings the old, now-sewn socks back. She has a male Class D inmate in tow to do some work in the cell, and they begin a conversation about drug court.

The guard says, “All I know is that drug court is really hard.”

“Drug court sucks,” says the Class D.”I got kicked out. Two of us got five years on one check. I was clean. I am a contractor on the outside. I was called for a UA when I was working in Murray. I told them I’d go to the hospital or the jail in Murray, and give them a urine, and pay for it myself. They refused. they sent me to rehab. The day I was discharged I missed an appointment they never told me about, so they violated me. I’ve got eight years on the shelf.”

“Huh,” I say, adjusting the towel on my head. “Funny. I asked for drug court and they denied me, and just gave me eight years without all the bother. Drug court is a scam though, I agree. They probably did me a favor, denying me drug court. Come to think of it, I should have just killed someone. I’d be doing way less time.”

“So, you took it to trial then,” says the Class D.

“Never take anything to trial in McCracken County,” says the Class D. “Everybody knows that.”

“She didn’t know. Not from here,” Christie offers.

Lea says, “Drug Court’s a buuuunch of bullshit. I got kicked out and now I’m doing a nine-month flop in this hole.”

Down the hall, Harry shouts from his isolation cell, “HELP! Let me OUT! HelpmehelpmehelpmeHELP!”

Sirkka, the 4’8″ 105 lb self-described crack whore is, at times, oddly stuck in infancy, and she asks Lea to rub her legs and burp her like a baby. Lea snaps, “You ain’t no damn baby. You are a grown woman!”

The guard says, to Lea, “Well, I guess McCracken is better than Hickman.”

“Yeah, Hickman,” says the guard. “It’s a dungeon. My sister was there and they feed you, like hog guts, what’s that called?”

“You need to quit. I’m not a pedophile. Really.”

Later in the day, I find comfort in writing because I find my friend Tina’s case so upsetting that I do not know what else to do.

As near as I can tell, Tina met a man and moved in with him three weeks later, with her two-year-old son. Over time, the child showed various bruises, but she was unconcerned because “of course he had bruises. he was an active little boy.” At some point, there was a bizarre story about the man doing the Heimlich maneuver on the boy. This resulted in a spleen injury, but it seemed to Tina anyway to be the result of a good-faith effort to prevent the boy from choking.

The man was the boy’s caretaker while Tina was at work. One morning in August she went to work at 6AM and received a call at 10 AM, that the man had called 911. He initially reported that he was wrestling with the baby and there was an accident.

The baby was flown to Vanderbilt (the nearest Level One trauma center), where he was later declared brain dead, with “global” brain injury, a broken neck, a bruised intestine and a damaged spleen. He was removed from life support and became an organ donor.

The man later admitted to the murder, and claimed that he himself was a “sociopath.”

Tina, who was at work that day, is charged with complicity to commit murder.

I become close friends with Tina, here and later in prison. I know her as an artist, a deeply religious and spiritual woman with a sense of humor and capacity for love and caring. She was not only crushed by the violent death of her son, but now she is forever marked as a violent criminal. Exhausted and grief-stricken, she often resorts to balling herself up in the corner of the shower, to moan and cry. For court appearances, the jail staff chains her onto the same chain gang as her son’s confessed murderer, and when she returns to the cell in tears, we console her.

Tina’s public defender, who is useless, allows the Commonwealth to threaten her with 60 years if she does not take a plea. Tina tells me one day, “I can’t fight them. I am done. I am out done.” She takes a plea for seven years on lesser charges, and she will serve 85% of that.

This entry was posted on Friday, October 25th, 2013 at 12:20 pm and is filed under Uncategorized. You can follow any responses to this entry through the RSS 2.0 feed. You can leave a response, or trackback from your own site.

10 Responses to The mother, her baby and the man