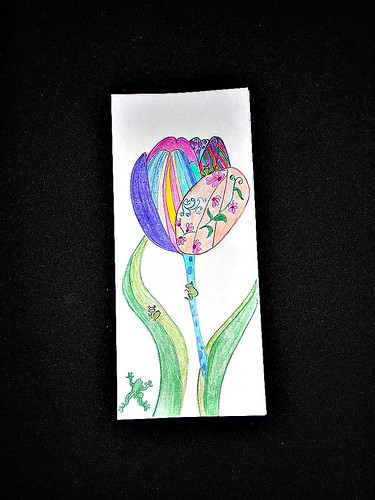 Jail art rendered from an art card that my family sent to me. I am unable to find the name of the original artist, but I loved the card, with the frogs on the tulip. 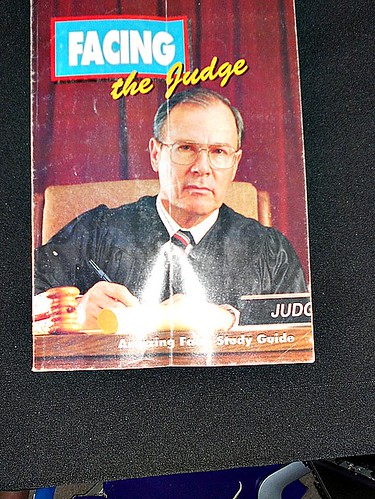 Jail religious pamphlet, McCracken County Jail. In another pamphlet in this series is the clear statement that the pope (papacy) is the “antichrist,” and the additional statement, “That’s not to say that there aren’t some good Catholics.”

Internal fixation, right calcaneus- 10 screws and a plate. In the hole in McCracken County Jail, where they housed me for the first week of incarceration, I wrapped toilet paper strips around my ankle to fend off the arthritis from the cold. I also have a healed L-1 burst fracture; arthritis from these injuries was aggravated by constant cold and lack of activity in the jails, particularly in McCracken County Jail, where recreation in an outside cage was a rare event.

I have learned that Catholics are disliked in a subtle, ill-defined way in this jail. Some of my family members are Catholic, and it took some, uh, doing before I received Catholic materials in this cell (my sister called the jail). Look to your left, look to your right. From reading the religious materials in the cell, I surmise that the Catholics are doomed, with the caveat ‘That’s not to say that there are not some very nice Catholics in the world,’ a statement that is roughly akin to the statement, ‘Some of my best friends are gay.’

For the sake of personal survival, I have learned to memorize a few, select, key Bible verses that explain, distill, sanitize and simplify the core mysteries of existence such as: living, dying, loving, creation, faith and parenting. If anyone asks a question about anything, I am supposed to say, “Show me where it says that in the Bible.”

To keep from flying apart at the psychiatric seams, in addition to wearing my terry cloth towel tin foil hat all the time for no clear reason, I compose music and mandalas in my head. To fend off the pain of physical deterioration, I ponder concepts.

I have a copy of the peace Prayer of St. Francis of Assisi, that I read in secret, because another inmate “rebukes” it. She says it is “Catholic” and she “rejects” it, or rather she rejected it with the statement “Get thee behind me Satan,” which was a pretty clear message that I should keep the prayer to myself.

I study the prayer, and decide that hatred leads to injury, injury to discord, discord to doubt, doubt to despair, despair to darkness, darkness to sorrow, and sorrow to regret. And, that love leads to pardon, pardon to harmony, harmony to faith, faith to hope, hope to light, and light to joy. So, without love there is no joy.

I decide that hope and imagination are connected, and that hope’s unfair close relative is doubt. I cannot describe any of the concepts in the prayer with words- all are part of me and all of us. The more I study the more I learn and the more I learn, the less I know. I decide that I could spend the rest of my life studying this prayer so that when I die, I will know nothing about what living means.

As I study the prayer, a war-like atmosphere of sick, lunatic din surrounds me, and I believe that the prayer may have been inspired by the pain and crisis of humans, who never learn anything. I wonder why humans need pain and crisis to evolve spiritually. Just when we get content, something in our body goes awry, something sad, maybe associated with aging, or actively dying while living, some ache or pain that tells us that we will never go camping again, or see the ocean again, or comfort an animal again, or make love again, or that maybe the best sunrise or the most beautiful sunset is behind us. Things will never be the same.

Regret is never having lived a single day to the fullest because we have never actually stayed in any given single real day.

Regret is knowing that my son may never see me happy.

But, regret brings realization. And realization simplifies: I do not have much, but then, I no longer want much or need much. I would rather cradle a bird than to die with fancy clothes in the closet.

If my son could see me happy, that would be enough.

Prayer of St. Francis of Assisi

This entry was posted on Thursday, September 12th, 2013 at 11:04 am and is filed under Frog Gravy. You can follow any responses to this entry through the RSS 2.0 feed. You can leave a response, or trackback from your own site.