Zimmerman: Oh the Irony of it All! 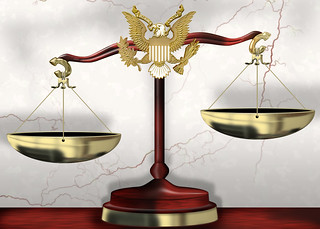 W9 is George Zimmerman’s cousin. On Monday, July 16th at 11 am, the prosecution released her tape recorded statements to the media in which she accused George Zimmerman and his family of being racially prejudiced against African Americans and George Zimmerman specifically of sexually molesting her multiple times during a 10-year period that began when she was 6 years old and he was 8. She is now 26 and he is 28. The two families have lived in the same community and socialized together often during that period.

She said the molestation incidents involved fondling and digital penetration of her vagina. She said she finally ended the sexual abuse by getting away from him and running out of the house. She told her parents and they told his parents. Due to pressure from her parents and because she feared Zimmerman would hurt her, she decided not to report the sexual abuse to the police. After that Zimmerman was no longer invited to family social events.

She first contacted the police anonymously two days after Zimmerman shot and killed Trayvon Martin, She told them he was racially prejudiced and capable of hurting people.

They interviewed her a second time after he was in jail charged with second degree murder. When they asked her why she had waited so long to report the sexual abuse, she said it was the first time she felt safe.

A virtual tsunami of outrage and disgust swept the country and the world after the media reported W9’s accusations and various news organizations posted her two tape recorded statements on their websites.

Anticipating the public furor that would follow the release of the tape recorded statements, Zimmerman’s defense attorney, Mark O’Mara, posted the following statement on his website:

The defense moved to block the public release of Witness #9’s statement in a motion filed on June 18, 2012 contending “The content of this statement is not relevant to the issues of this case, and it would not be admissible in the State’s case in chief.” The motion further contends that this irrelevant statement should be withheld from public dissemination [pursuant to Florida’s Sunshine Law] because of the substantial risk that public disclosure will lead to widespread hostile publicity which would substantially impair the Defendant’s fair trial rights, and would pose a serious threat to the administration of justice.

That request was denied on July 13, 2012 by Judge Lester. Because there is a [defense] Motion for Disqualification [of Judge Lester] pending, this morning [Monday, July 16th], we asked the prosecution not to release Witness #9’s statement until there was a ruling on the Motion for Disqualification. This is an appropriate request as, should the motion for disqualification be granted, reconsideration of recent rulings by the judge is appropriate. However, the prosecution elected to make the public disclosure anyway.

Did Mark O’Mara handle this matter appropriately, or did he fumble the ball?

For the following reasons, I contend that he fumbled the ball prejudicing his client.

Let’s review the facts, keeping in mind that W9 made two statements. Statement 1 was about race and Statement 2 was about sexual molestation.

8. 0713/2012: Order Denying Motion for Reconsideration (filed @ 12:02 pm). Judge Lester says W9’s statement is admissible and should be released to the media because race may be an issue at trial;

9. 07/16/2012: Defendant’s Motion for Stay of Order Denying Reconsideration (filed at 10:56 am) arguing that the order must be stayed until the Motion to Disqualify is decided because it was filed first.

Keep in mind that neither side wanted to disclose the sex statement in a pleading that could be viewed by the public. Instead, O’Mara referred to statements 1 and 2, without clarifying that they involved different subject matter.

What we got here is . . . failure to communicate.

The order was filed at 12:02 pm on Friday the 13th (oh, the irony), approximately 30 minutes after O’Mara filed his Motion to Disqualify. Therefore, he had Friday afternoon, the weekend, and Monday morning until 11 am to obtain an order directing the prosecution to hold off on releasing W9’s statement 2 until the matter could be reconsidered, but he did not git ‘r done.

He also did not appeal the order to the Court of Appeals.

The problem was further complicated by the judge going on vacation this past week and next week. Therefore, O’Mara had to act Friday afternoon. However, even if Judge Lester had been available Monday, he could not have acted on the motion to stop the release of W9’s statement before the prosecution released it, since the motion was filed only 4 minutes before the statement was released.

What should have been done?

An emergency oral motion and argument via conference telephone call on Friday afternoon seems to be the most obvious solution, but it did not happen. Alternatively, an emergency request for a stay before the presiding judge on Monday morning might have worked, or an emergency appeal to the Court of Appeals.

O’Mara did not attempt any of these options.

Will the evidence be admissible at trial?

Not during the State’s case in chief because it does not fall into one of the categories of admissible uncharged misconduct evidence that is admissible pursuant to Rule 404(b). If and only if the defendant were to open the door by introducing evidence that he has a law abiding, peaceful and non-violent nature, would the prosecution be able to march through the open door and confront him with W9’s accusation that he was a child molester. That is extremely unlikely to happen.

Therefore, there is no good reason to believe the evidence will be admitted at trial.

Should W9’s statement have been released to the media?

(a) restricting public access to it was necessary to prevent a serious and imminent threat to the administration of justice;

(b) no alternative, other than a change of venue would protect Zimmerman’s right to a fair trial; and

(c) closure would be effective to protect Zimmerman’s right to a fair trial, without being broader than necessary to accomplish that purpose.

How much damage has been caused by the release of the statement?

How does one unring a bell rung round the world? The damage to Zimmerman’s defense is incalculable and the parties will not know how far and wide it may have spread until they attempt to select a jury.

Will they be able to select a jury?

Yes, I believe they will be able to eventually seat a jury of people who claim not to know about W9’s allegation or, if they do, they will claim to be able to disregard it in deciding whether the State has proven Zimmerman guilty of murder in the second degree beyond a reasonable doubt.

If he is convicted, will this be an issue on appeal?

Not likely. If they are able to seat such a jury and it convicts Zimmerman, a reviewing court will assume the jury followed the law and did not consider W9’s allegation in deciding the case.

If he is convicted, could this be an issue raised as an ineffective assistance of counsel claim in a state or federal habeas petition?

No, for the same reason.

This was an avoidable mishap that never should have happened. Mark O’Mara bears the responsibility for letting this issue slip through his fingers. But for being so busy cranking out his groundless Motion to Disqualify Judge Lester, he might have had the time and the energy to correct the problem before 11 am on Monday morning.

The convergence of coincidences is remarkable, however, almost as if this happened according to “God’s Plan.”

This entry was posted on Saturday, July 21st, 2012 at 3:07 pm and is filed under Crime, Evidence, George Zimmerman, Murder 2, Trayvon Martin, Uncategorized, Uncharged Misconduct. You can follow any responses to this entry through the RSS 2.0 feed. You can leave a response, or trackback from your own site.

206 Responses to Zimmerman: Oh the Irony of it All!